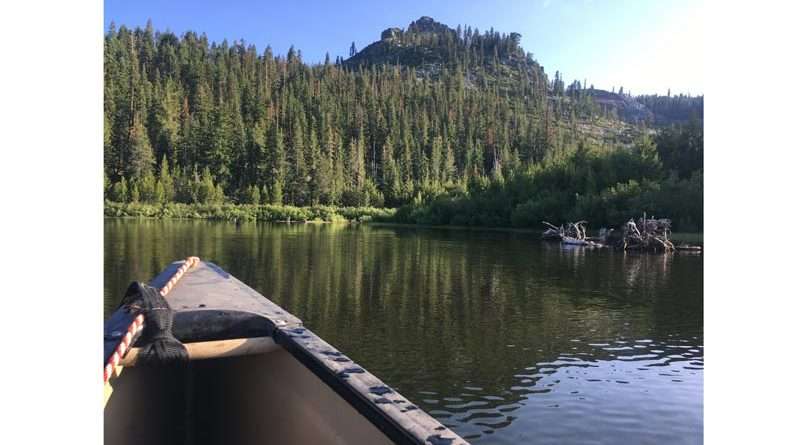 The Full Buck Moon rose July 16 in Plumas County where the Native American name really has meaning. It is named for the time when new antlers of buck deer push out from their foreheads in coatings of velvety fur. The moon has also been called the Full Thunder Moon for thunderstorms generally frequent mid-summer and the Full Hay Moon. There was a partial lunar eclipse visible in Africa, Eastern Europe and western Asia when the upper two-thirds of the moon’s disk was immersed in the Earth’s dark shadow.

Members of the Graeagle Full Moon Howlers chose Eureka Lake above Johnsville for the viewing. A dozen members launched in kayaks and a canoe just before sunset to test the water before paddling in the dark for the moon rise that occurred at approximately 10 p.m. in the hollow of the lake.

Anyone interested in participating in the full moon hikes, snowshoe walks or paddles can contact the group online at Graeagle Full Moon Howlers. The Full Sturgeon Moon will be up Aug. 15 and the Full Harvest Moon rises Sept. 14.