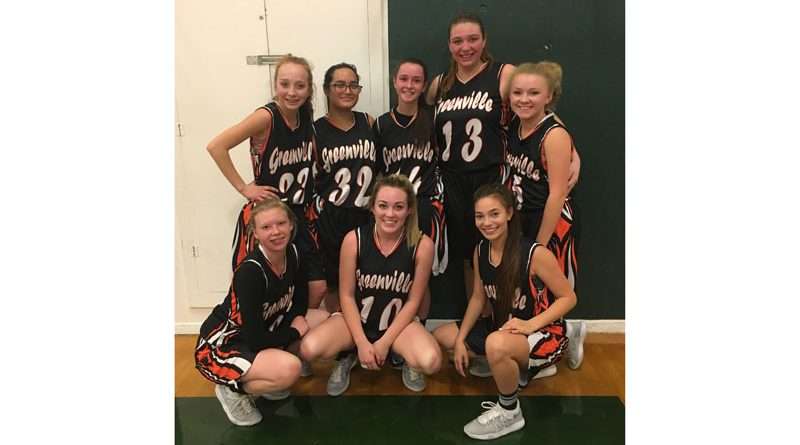 The Greenville girls’ basketball team has finally gotten in a little practice on their very own gym and the momentum showed as they beat the Volcanoes in Chester on Jan. 3 by a score of 47-18.

Goodson was really on her game, pulling for the team by picking up 10 offensive and 10 defense rebounds for the Indians. Junior Rylie Botts gathered up seven, Bustamante and Banchio each picked up five.

“I told the girls if they control the boards, they can control the game,” said GHS head girls’ basketball coach Bridgett Bustamante, “and they did.”

After the game, gathering up the girls for a team picture, they could not contain their excitement. “We beat Chester; we beat Chester,” they said over and over, obviously ecstatic over the accomplishment. The victory definitely cheered up the GHS team that has been unable to practice in a gym for the entirety of pre-season games. But all of that is going to change because as of Tuesday, Jan. 9, the GHS teams’ new gym opened for “business.”

The first game in the GHS gym for the boys’ and girls’ basketball teams was also the first of the season’s league games. The Indians took on American River yesterday and will play Burney tonight, Jan. 10. The girls’ game begins at 6 p.m. and the boys are scheduled to start playing at 7 p.m.