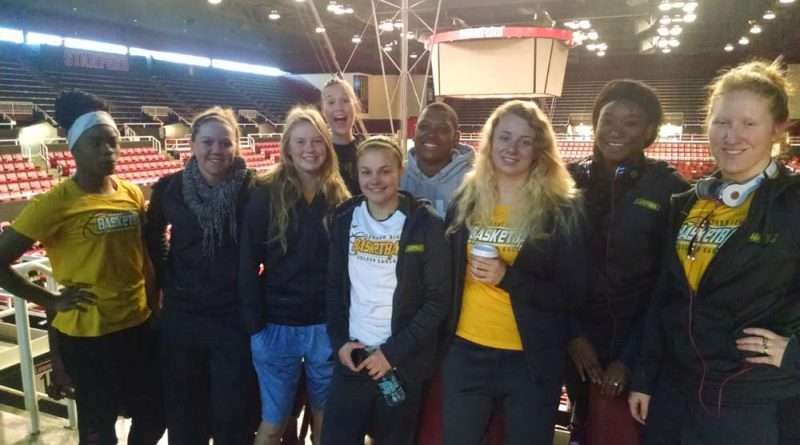 
The Golden Eagles played with only seven girls and still came out victorious.

“We played with resiliency, played hard, played focused, and fought through adversity to take the win in OT,” said FRC coach Brent Stephens.

The FRC women fell behind early and trailed 13-11 at the end of the first quarter.

Gavilan took over in the second quarter and the Golden Eagles trailed 33-26 at halftime.

The second half, however, was a completely different FRC team. The Golden Eagles came out of the locker room on fire and scored 28 points in the third quarter. FRC took control and led 54-51 with eight minutes to play in the game.

The fourth quarter brought more close action. Gavilan outscored FRC 16-13 to make the score 67-67 at the end of the regulation play.

Both teams prepared to head into overtime. Just two minutes into the overtime period, FRC’s Cierra Miles picked up her fifth foul, but the Golden Eagles’ defense held strong and FRC walked away with a win.

“This is a very good sign for our Golden Valley League games,” coach Stephens said. “We play a very tough schedule this season. We showed our inexperience early, but we’re finally turning a corner and maturing. Now we are finally winning the close games.”

FRC is familiar with Shasta. The teams have played twice already this season, and will meet two more times, including the game Jan. 13.