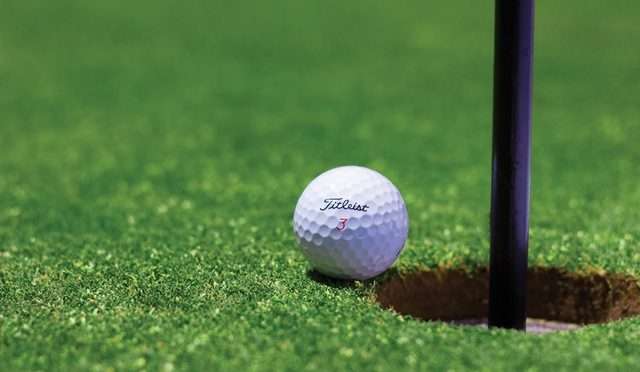 We’re rolling along into November and the golf at Mt. Huff, albeit a tad chilly in the morning, is still beautiful by midday. It was no exception for the Wednesday Morning Scramble on Nov. 2.

In first place at 3-under-par, was the team of Dick Grace, Danny Rooney and Leo Sorosinski. Darel Josesph, Ron Carter, and Jon Lighthill brought it into second place at 2-under-par. Third place ranking went to Matt Taborski, Tom Gossett and Jeff Stevens at 1-under par.

Ron Christensen hit it closest to the pin on Hole 8, and Loren Lindner scored the chip-in.

The daylight held out long enough for the Thursday Evening Scramble to finish play.

In first place at 6-under-par, was the team of Darel Joseph, Margie Joseph and Jeff Stevens. The second place finishers at 4-under-par were David Smuts, Ralph Cote, Kelly Cooper and Bill McRoberts.

Margie Joseph hit it closest to the pin on Hole 5.

The end of Daylight Savings Time brings the Thursday Evening Scramble to a close for the season. See you all in the spring.

The 2016 season closes with the exciting news that the club has been purchased from Jim Bartlett and Nick Hackstock of Highlands Investment Group by the Graeagle Land and Water Company.

It was a fun and enjoyable year. And we had a fine collection of champions. The Club Champion is Bruce Voorhes who outlasted defending champion Gene West. The net champ is Doug Bell who prevailed over Ernie Smith.

In the Match Play final, Chris Rores defeated Terry McKenzie. The other semifinalists were Mark Verutti and Gene West.

The Member – Member champions are Tom Landa and Earl Ziegler.

The Couples champions are Debbie and Bert Walker.

Finally, this year, our Head Pro, Tad McCormick, proposed the idea of a scholarship to reward a deserving and outstanding member of the cart support staff. The Men’s Club, with generous participation of (now past) owners Jim and Nick, awarded $2,000 to a most humbled and grateful Ryianne Kennedy. This fine young woman is paying her own way through college, presently at TMC in Reno with plans to pursue a career in education at UNR.

Thanks to our pro Tad and staff Randy, Michael and Carla; to Greens staff Craig and Buzz and crew; also to the food and beverage pro Marcie and staff. A special thanks and good luck to Jim and Nick for 21 great years.