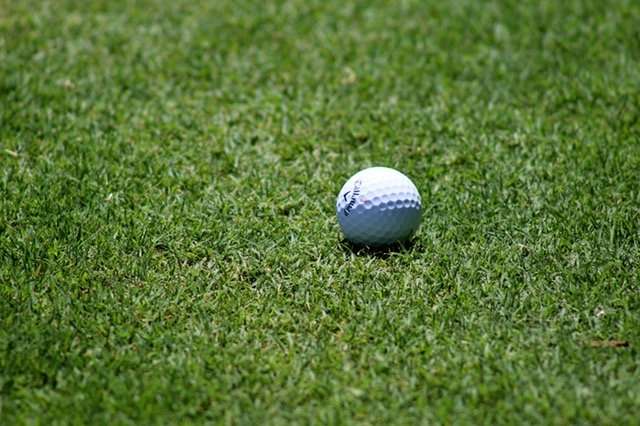 The annual Three Club Eclectic tournament was played on May 23, 25 and 30 at Whitehawk Ranch, Graeagle Meadows and Plumas Pines golf courses, respectively, with participants from all three Women’s Golf Clubs. After the final day’s competition, an awards luncheon was held atPlumas Pines’ Longboards Restaurant.

The Badditos had another good field of 23 players on Friday, June 2. Low net with skins was the game. Don Barnes continued his hot streak by taking first place with a net score of 63. Andy Knudsen took second, with a net 65. Bill Kennedy and Norm Nichols shared third, with a net 68. Skins were won by Ron Eaton, Tom Taylor, Dan Anderson, Dick Eck, John Scott, Jim Adams and Chuck Franck.

A short game clinic was held on Tuesday, June 6. The event was cosponsored by Cleveland and club pro Bob Klein. Participants received a custom-fitted Cleveland wedge that was included in the price of the clinic.

Wednesday Play Day on June 7 was played in a Bingo, Bango, Bongo format. The format awards a point to the golfer in each group who is first to get on the green; who is closest to the pin once all balls are on the green; and who holes out first. Dan Anderson placed first, with a score of 38. Jim Oster placed second, with a score of 36, and Ken Hattich took third, with a score of 32. Skins were won by Darrell Woods, Ron Eaton, Jim Oster, Bryan Hansen, Jack Gilbert and Ralph Wittick.

The better ball champions are Chris Rores and Bruce Turkstra.

The alternate shot champions are Michael Brooks and Terry Mckenzie.

The scramble champions are Bill Osborne and Gene West. Congratulations.

The next event on the horizon is the annual Battle of the Sexes against the Ladies Club on June 18. We hope to defend the bragging rights.

The LACC Women’s Golf Club played a Texas Scramble on Tuesday, June 6. We played with three-person teams, which proved to be fast moving and fun. From our drives we chose the best ball and each player hit her second shot from there. We followed this format, with each player hitting the best ball, until the ball was holed.

The game was followed by our monthly luncheon and meeting where our golf pro, Jeremy Dunkason, gave an informative talk. He offered some good tips on speed of play and informed us of new rules coming up in 2019. It is nice to be kept abreast of what is happening in the world of golf.

After lunch our tournament chair, Muffy Bui, announced our winners. Congratulations to the three winning teams:

LACC Women’s Golf Club is open to women outside our community. We welcome new members. If you are interested in joining us, please call our membership chairperson, Jessie King at 259-2896.

Luckily we had a beautiful day for golf this Wednesday. After our monthly meeting and introduction of our newest member, Donna Peragallo, we had a short program presented by our “newest golf pro,” Mike Mattingly. The subject was, “Getting a better understanding, the rules of golf.” We want to thank Mike and let him know how appreciative we are of his help, both at the driving range and with various questions we might have regarding rules. We also thank Kevin Hughes, Director of Golf, at Bailey Creek, for offering this addition to our club.

Our game of the day was “Low Net” and putts. The winners were a follows: Joan Dickerson, first place; Wynetta Regli, second place and lowest putts; and Mo Clark, third place.

On a bright sunny day the Whitehawk Ladies played Angel Ball. Two best balls of the foursome (NET) but the designated Angel’s ball could be used twice, once, or not at all. That being said the Angel was sitting on the bags of Chrit Hyatt, Karen Kibble, Sharon Russel and Laurie McKenzie. The next team to have the Angel partially on their bags was Victoria Cook, Kathleen Freidman, Chythia Thomas and JoAnn West. The end of play had the ladies eating birthday cake to celebrate Susan Erne’s birthday. A very enjoyable day for all.