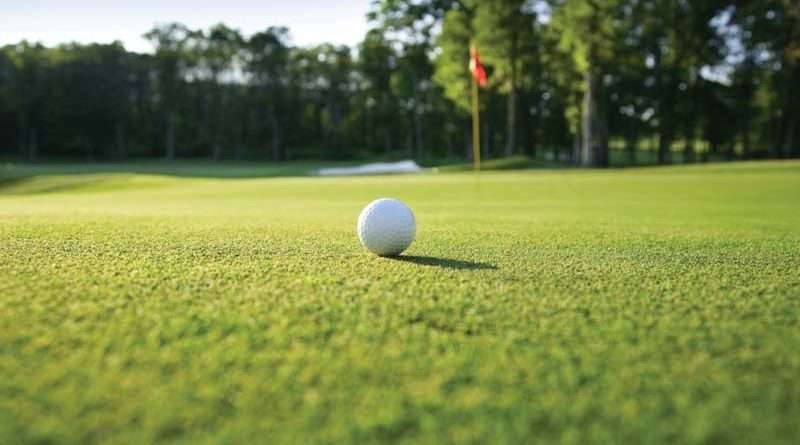 On Tuesday May 23, a very warm spring day, PPWGC ladies, who remained at Plumas Pines Golf Resort, played T’s & F’s. Players totaled their scores on all holes starting with the letter T & F; then subtracted half their handicap for the net score. Many of the ladies club members were participating in the first leg of a three-day eclectic tournament, a combined event between Graeagle, Whitehawk and Plumas Pines Women’s clubs.

Tuesday, May 30, was a perfect day for golf. The PPWGC ladies play day format was Triple Three. Players totaled their scores on three par 5s, three par 4s and three par 3s; then subtracted half their handicap for the game score.

Just Net & Putts was the game of the day for the LACC Women’s Golf Club on May 23. There were some impressive scores along with lots of chip-ins and birdies. It was fun seeing the familiar faces of more of our returning summer residents.

Our winners of Just Net & Putts were:

Barbara Leonard was the winner of the Low Putts with 31 putts.

Now for the chip-ins and birdies:

Chip-ins were made on Hole 6, by Trudy Leete; Hole 10, by Kathy Chuchel; Hole 12, by Susan Espana and Jean Rolls; and on Hole 17 by Linda Rawson.

Birdies were made on Hole 6 by Trudy Leete; and on Hole 17 by Linda Rawson.

Our 50/50 winners were Nancy Foote and Dana Seandel.

The LACC Women’s Golf Club played Cha Cha Cha on Tuesday, May 30. It was our first four-person team game of the season. In Cha Cha Cha we chose the best net scores from one par 5, two par 4s and three par 3s. Each team had players with varying handicap levels. What made it such fun was that every team member contributed to the winning scores. It was truly a team effort.

Thank you to our tournament chairpersons, Linda Rawson and Muffy Bui. We appreciate all you do to set up our games each week.

LACC Women’s Golf Club is open to women outside our community. We welcome new members. If you are interested in joining us please call our membership chairperson, Jessie King, 259-2896.

Good News — Mt Huff Golf Course is once again open. The Wednesday morning scramble was the first time golfers hit the course since the flood. The morning was beautiful and the sun was as bright as the golfers smiles.

The results were:First place — Dick Grace, Jeff Stevens and Margie Joseph; Second place ended in a tie, with the team of Dan Rooney, David Smuts and Darel Joseph battling it out with the team of Donnie Hubbell, Tom Gossett and Duane Austin.

There were no chip ins, but the closest to the pin was won by Tom Gossett. Remember, all golfers are welcome and tee off is at 9 a.m. on Wednesdays.

The first Thursday night scramble was welcomed in by some wind, but the golfers stayed on course and the winning team was Ruth McRoberts, Bill McRoberts and Kelly Cooper. Second place was the team of David Smuts, Donnie Hubbell, Darel Joseph and Margie Joseph. Third place was the team of Johnny Mansell, Casey Peters, Kaley and XC. . The closest to the pin was won by Casey Peters.

June 1 was a beautiful evening that ended in a battle for first place. The team of Gary McClellan, Lynn McClellan, Casey Peters and Jeff Stevens won the chip off. While the team of Mike Willits, Darel Joseph and Margie Joseph came in a close second. Third place was David Smuts, Tom Gossett, Bill McRoberts and Donnie Hubbell. Closest to the pin was won by Tom Gossett.

The evening ended in a lasagna dinner. Next week will be an enchilada dinner. Call to sign up or for more information 284-6300.

The Mt. Huff Golf Club had its kick off to the season on June 3. The club hosted a 4-person scramble.

We are excited and hope you all will join us at Mt. Huff Golf Course.

Want a great Thursday evening out? Not a better way to spend it than at Mt. Huff Golf Course.

The travel team rebounded from a previous loss to Diamond Mountain by hosting and decisively winning the rematch on May 23. Captain Flynn and his team will travel to Fernley on June 13.

Wednesday Play Day on May 24 was a 2-man odd and even format plus skins. Chuck Frank and John Sciborski placed first, with a net 66. Jack Gilbert and Mike Gibson placed second, with a net 67. Jay Hendrick and Ken Hattich placed third, with a net 70. Skins were won by Norm Nichols and Jim Oster.

The Badditos had a full field of 24 players on Friday, May 26. Low net was the game. The match was a close one with Don Barnes and Jeff Monaghan sharing first place with net 67s. John Scott took second, with a net 68 and Darrel Woods placed third, with a net 69. Skins were won by Steve Harding, Norm Nichols and Gary Kinkley.

The Wednesday Play Day scheduled for June 7 will start at 2 p.m. versus the usual 11 a.m. start time.

The Men’s Invitational is scheduled for June 8, 9 and 10. This is the premier event of the year for GMGA with some exciting additions to this year’s tournament.

Today concluded play for the Men’s Club Two-Man Club Championship conducted over Thursday and Friday, May 25 and 26. The first day was a Two-Man scramble and the second day was best ball. The first two teams are eligible to represent the Club at the NCGA Zone tournament in Monterey.

On May 25,GMWGC members who were not participating in the second round of the Three Club Eclectic competed in the game of “Hate ‘Em,” in which each player, before teeing off, selected her three most hated holes. Her score on those holes became an automatic par, and her full handicap was then deducted from the 18-hole total. First place went to Linda Bilger, with a net 66; Lois Childress took second place, with a net 68; and in third place was Susan Wiese, with a net 74.

On June 1,the players in each group took turns being the”Hero.” On each hole one player’s score was highlighted, and her score could count once, twice or not at all toward the team’s two best net scores for that hole. The first place team, with a score of 119,included Linda Bilger, Dottie Hattich, Dee Walker and a blind draw; the second place team of Lois Childress, Debbie Fuetsch, Diane Trainor and a blind draw carded 120; and in third place, with 125, was the team of Annie Fischer, Alaine Flynn, Priscilla Piper and a blind draw (the blind draws were necessitated by several last-minute cancellations). Lois Childress and Carol Desmond each had one chip in.

Even with the forecast of rain, the spirits of the Bailey Creek Women’s Club were not dampened last Wednesday. What started with a mist ended with a downpour, but not before the ladies finished 18 holes.

The game of the day was “Toss ’em,” allowing each participant to toss a par 3, par 4, and par 5 score. In a card off, Donna White placed first, with Mo Clark taking second.

With snowbirds returning and the commencement season ending, the club hopes to see more participation. If you would like to join them as a guest on a Wednesday play day, please contact Jenni Cesarin at 249-5346.