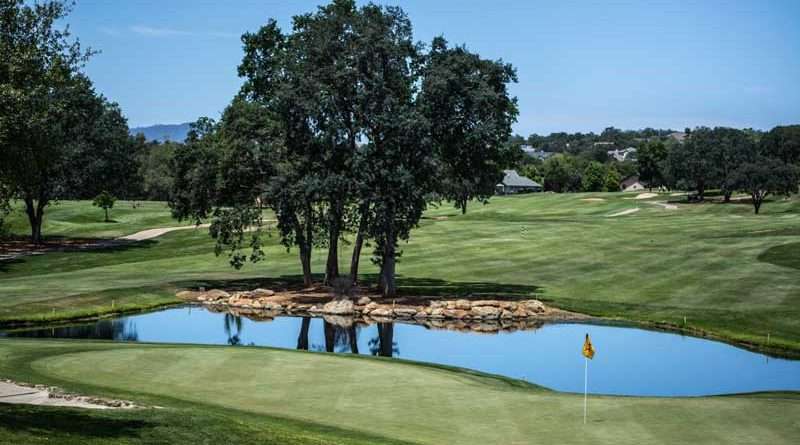 Lane Janovick and Bev Parry both took low gross with a score of 101 and Judy Rossi shot a low net score of 69. All three ladies have now qualified to play in the Captain’s Cup event, which will be played on Sept. 26.

Sharon Russell shot an 86 and she won first low gross.

Jan Anderson shot an 89, which put her second low gross.

Mary Stonebraker and Laurie Humphries both tied for low net. They each had a score of 72.

Low putts went to Jennifer Zumbro. She had 31.

Cindy Donohue and Cathy Cianciolo had the only chip-ins today.

Best 9 was the name of the game on July 25. We played as two-person teams. The best 9 holes out of 18 for each team member were added together to get the team score. Once again, it was great to “ham and egg” it with a partner. It’s not only fun, it makes you score look really good. The winners of Best 9 were:

Flight 2: First place tie, Linda Rawson and Carol Fara tied with Karen Griffin and Kathleen Mitchell — both teams had a score of 50; Third place went to Margi Stephenson and Joan Johnson with a score of 57.

This week’s 50/50 winners were Maggie Fleming and Kathleen Mitchell.

Congratulations to the winners.

LACC Women’s Golf Club Tuesday morning 18-hole and Thursday morning 9-hole leagues are open to women outside the community. If you are interested in playing, please call our membership chairperson, Jessie King, 259-2896.

As the lazy, hazy days of summer roll along, the play at Mt. Huff is anything but that.

Our Wednesday Morning Scramble continues to grow in popularity and Wednesday, July 26, was no exception.

Jim Battigan scored closest to the pin and the chip-in contest.

Today was individual low net and the qualifier for the NCGA net amateur tournament.

Terry Bergstrand has won the right to represent the Club at the NCGA Net Amateur event. Mike Wilson will be the first alternate.

Enjoying the mild weather, with a comforting cool breeze, made our golf day truly enjoyable, as it is forecast to again heat up into the 90s.

Our game of the day was “Select Nine,” three holes of par 3s, 4s and 5s and chosen before start of play. We had an enthusiastic group of girls hoping to do our best on each selected hole (easier wished for than accomplished).

There were two chip-ins, Jenni Cesarin on Hole 9 and Kym Coco on Hole 6 and a birdie on Hole 2 and Hole 6.

A great day had by all as usual.

July’s Ace of Aces Qualifier was played on July 27. Each month the low gross and low net winners over the field qualify to play in the season ending Ace of Aces tournament. A player may only qualify once per season. July’s qualifiers were Cynthia Baldwin (low gross) and Cheryl Brennan (low net).

Carol Desmond and Dink Rife had one chip-in each, and Patty Monaghan had two.