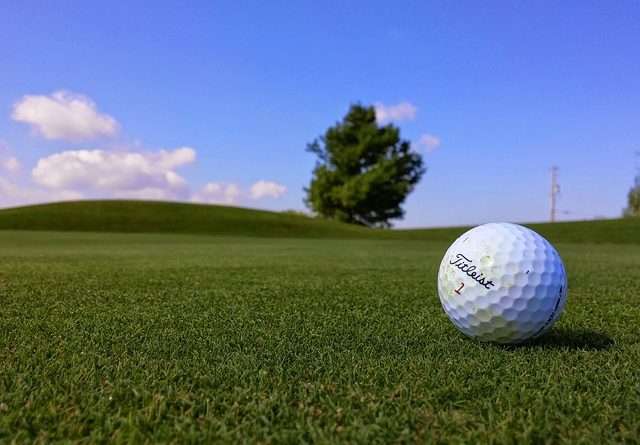 The 2017 Men’s Combined Championships were held on Aug. 25 and 27. The results are as follows:

Congratulation to one and all for their hard-earned victories.

The Wednesday Play Day on Aug. 30 had a great turnout with 18 players. The game was two-man team net par points. Andy Knudsen and Grand Mayfield took first with a score of 63. Dan Anderson and Norm Miller took second with a score of 59. Jack Gilbert and George Fraser took third with a score of 55. John Grasso took the only skin of the day with net one on Hole 12.

There are two important and enjoyable tournaments coming up as the season draws to a close. The Big Chief Couples Tournament and Awards Banquet is scheduled for Sunday, Sept. 24. The Fall Breakfast Meeting and Two-man scramble is scheduled for Wednesday, Sept. 27. Members are encouraged to attend. Golf is optional. Entry forms for both tournaments are available on the website and also in the clubhouse.

The final day of the PPWGC Club Championship was held on Tuesday, Aug. 29. It was also the last day to qualify for the Captain’s Cup playoff to be held in September.

This year’s Club Champion is Sharon Russell who over the two days shot the Low Gross score of 171. Runner up is Renee Walker with a total gross score of 197.

The ladies who qualified for Captain’s Cup are Cindy Donohue – Low Gross of 99; and Scooter Kidwell with a Low Net of 75.

The play day results are as follows:

Low putts winner for the day was Nancy Bartlett, who had 29 putts.

Three ladies each had a chip in: Lana Janovick, Cindy Donohue and Patty Rohman.

Jackie Luckey, Mary Peters and Patty Rohman were the ladies on the winning team.

Patty Rohman had the only chip-in of the day.

August rolled along to a hot and steamy end. The golf at Mt. Huff was just as hot, but maybe not steamy.

A strong showing of golfers came out for the Wednesday Morning Scramble on Aug. 30.

In first place, at a blistering 10-under-par, was the team of Don McConnell, Sharon Carter, Bill McRoberts and Darel Joseph.

Darel Joseph hit it closest to the pin, and the chip-in was won by Sharon Carter.

It was another great week for golf, as August became September.

A week into September and late summer, golf at Mt. Huff is at its best. A large turnout of golfers showed up for the Wednesday Morning Scramble on Sept. 6.

In first place at 7-under-par was the team of Ron Carter, Mike Ingle and Margie Joseph.

A third place team came in at 5-under-par for Tom Gossett, Don Hubble and Ron Christiansen.

Darel Joseph and Mike Ingle tied it for the chip-in and Margie Joseph hit it closest to the pin.

Good times and lively competition were had by all.

The Thursday Evening Scrambles have ended for the season, due to shorter daylight hours. See you next year.

Wednesday, Aug. 30, was a bit on the smoky side, but some of our golfers were still able to keep their eye on the ball.

Our game was “Bargain Day,” with giving each of us the ability to change two holes on the front nine to par and two holes on the back nine to a par. This was a treat, especially for those who don’t have low handicaps.

Donna White also had birdies on Holes 4 and 8, with Joan Dickerson having birdies on Holes 8 and 13. Mo Clark finished with a chip-in on Hole 18, winning the pot, which was a couple of weeks in the making.

Though our next play day threatened thunderstorms and rain, we finished our game of “low net” without incident. We also had a pot of “low putts.”

Congratulations to all our winners, we look forward to another great game next Wednesday.

August’s Ace of Aces Qualifier was played on Aug. 31.Each month the low gross and low net winners over the field qualify to play in the season ending Ace of Aces Playoff tournament. A player may only qualify once per season.

Chip-ins were made byMaureen Ford (Hole 6) and Debbie Fuetsch (Hole 3).

Congratulations to the winners.

Congratulations to The Whitehawk Ranch team of Rob Cook, Todd Miszner, Bill Davis, and Gene West who traveled to Monterey on Aug. 7 and 8 to play in the North Sierra Zone NCGA Tournament at beautiful Quail Lodge and Poppy Hills.

It was a very good experience for the whole team, with good golf and excellent dining in Monterey.

Whitehawk Ranch looks forward to putting another competitive team together for next year, and possibly coming in first against the rest of the zone.

Congratulations to the following winners:

LACC Women’s Golf Club Tuesday morning 18-hole and Thursday morning 9-hole leagues are open to women outside the community. If you are interested in playing please call our membership chairperson, Jessie King, 259-2896.