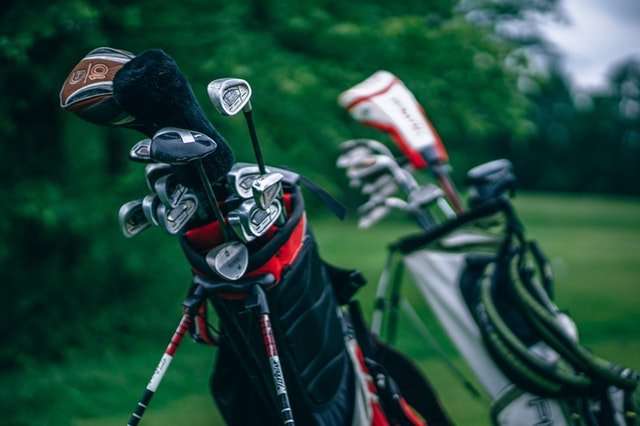 Believe it or not, we are halfway through the month of September. Fall is here and the weather, albeit cool, has been excellent for golf.

On Wednesday, Sept. 13, abrave group of golfers came out into the chill and wind to have an excellent competition.

In first place at 9-under-par, was the team of Ted Trafton, Mike Ingle and Margie Joseph.

Mike Ingle hit it closest to the pin, while five players tied the chip-in, which was carried over.

Join us for some good times every Wednesday, sign-ups at 9:30 a.m. and play starts at 10 a.m. Please note the change in times.

The Friday Badditos Sept. 15 was the usual low net and skins game. Dennis Chegwin found the winners circle for the first time this year with a net 64. Jack Cornish and Mike Gibson placed second with a 64. Skins were won by Jack Cornish, Bill Kennedy and Todd Solomon.

The Golden Tomahawk tournament with Plumas Pines Men’s Club was held on Sept. 20 at Whitehawk Ranch. The Tomahawk was conceded to GMGA due to lack of participation by Plumas Pines. The weather contributed to the cancellations. A good time was had by the 26 participants, including drinks and light snacks following play.

The Big Chief Couples Tournament and Awards Banquet was held on Sunday, Sept. 24. Results will be available in next week’s report.

The Fall Breakfast Meeting and Two-man scramble is scheduled for Wednesday, Sept. 27. Members are encouraged to attend. Golf is optional.

The Plumas Pines Women’s Golf Club held its annual Mad Hatters play day on Tuesday, Sept. 19, 2017. It was a brisk and windy start to the day, but 26 ladies (including some from Graeagle Meadows), wearing a variety of spectacular hats, braved the cold and had a lot of fun playing a “Nonsense Game” which allowed for Druthers, Mulligans, a Magic Putt and a Sandy. After golf, the day had warmed and everyone gathered outdoors at Renee Walker’s home for food and refreshments.

Closest to the pin on Hole 11, in order, were Annie Meyer, Jan Enloe and Sharon Russell.

There were four chip-ins for the day scored by Annie Meyer, Janet Grijalva, Mary Blaylock and Jackie Luckey.

Renee Walker was the winner of the best hat contest. Second place went to the foursome of Cindy Donohue, Jan Anderson, Pat Nichols and Janet Grijalva.

The end of the golf season is upon us and our number of players is dwindling, but there are still many of us here to enjoy a few more rounds with our friends. On Tuesday, Sept. 19 we played Three Clubs and a Putter. We played in two-person teams and selected the lowest net score on each hole.

Winners of the 50/50 pot were Trudy Leete and Kathleen Mitchell.

LACC Women’s Golf Club Tuesday morning 18-hole and Thursday morning 9-hole leagues are open to women outside the community. If you are interested in playing please call our membership chairperson, Jessie King, 259-2896.

A “make up” Ace of Aces Qualifier was played simultaneously with the first round of the Club Championship, to replace an earlierQualifier that was cancelled due to inclement weather. The Qualifiers were:Low Gross,Chris Laxague; and, Low Net,Suzie Wiese.