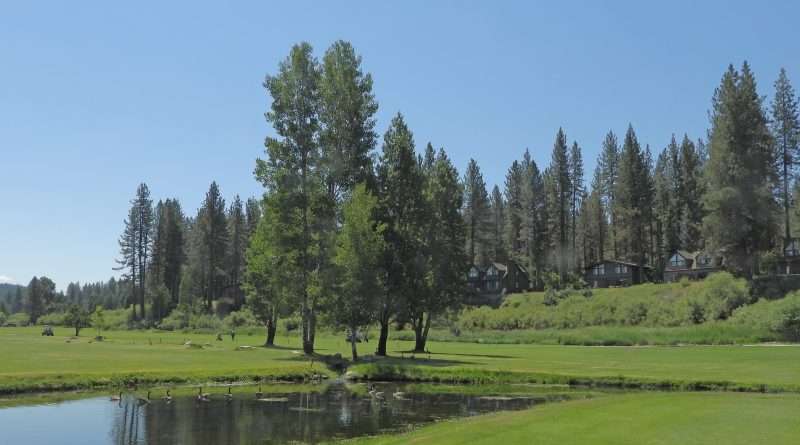 Wednesday’s game June 30th was individual low net. First place saw a tie between Ken Hattich and Norm Nichols, each shooting 68. Third place was also a tie with Steve Peterson and Ron Clark both shooting 69. There were only 3 net skins taken with Chuck Franck grabbed hole 2 with a 2, Bill Hopp was best on hole 14 with a 2 and Ken Hattich took hole 15 with a 2.

The game July 2nd was a net 2-man best ball format. The caveat for this game was “In-The-Box” on par 5’s and both balls were counted on par 3’s. In-the-box means the low handicapper is the only scorer on the first par 5’s on either side and his partner is the only scorer on the second. The team of Don Barnes and Grant Mayfield took first place with a score of 75. John Capdeville and Jake Capdeville came in second with a 76 while Ron Clark and Mike Irving brought home third. Taking 4th place was the team of Gene Carr and Norm Miller with a 79. A first round match was also contested and John Jackson was victorious over Jim Oster 2 and 1. There were 6 skins won, Norm Nichols a 3 on 5; Jack Capdeville a 2 on 6; John Jackson a 2 on 10; Jack Gilbert a 1 on 12 and Mike Irving with two skins having a 2 on 13 and 3 on 18.

Future events in July start with a couple’s tournament called “The Jack & Jill.” This is a Scotch Chapman format where each partner drives, then the partners swap and hit each other’s ball. Next, they pick the best location and alternate shots until holed out. The Travel Team will be competing with the men from Plumas Pines on the July 13 and 20. GMGA will host Plumas Pines at Graeagle Meadows. At the end of the month a “One Man Scramble” will be held where each player is allotted two Mulligans per hole and although it sounds easy the choices can be trickier than one might imagine.

Inquiries about membership in the Graeagle Men’s Golf Association can be submitted to [email protected], or visit our website at gmeadowsclub.com/MenHomeDir/.

The “Even” game ended in a three-way tie for first place in the first flight at a net of 32. The tie was settled in a “card-off” resulting with Dottie Hattich in first place, Ginger Holladay-Houston taking second and, Alaine Flynn bringing home third. In the Second Flight: Beth Yuill (28) won first; Renee Miller (32.5) took second; and Kathy Lyle (35) walked with third.

If you would like your golf club scores posted by Feather Publishing, send them to [email protected]