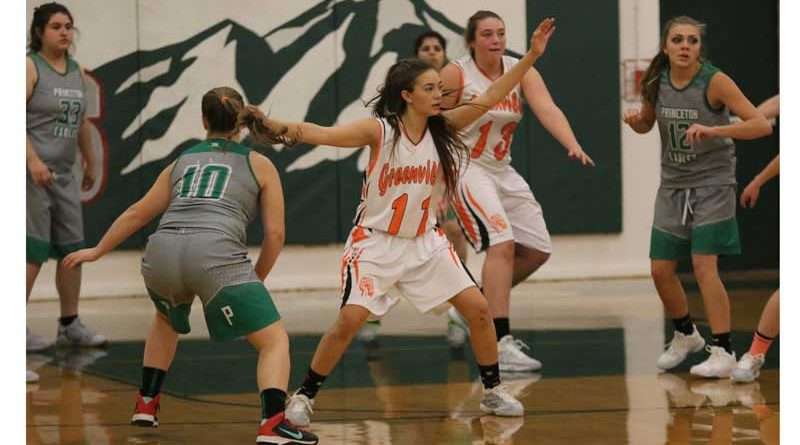 The Greenville High School basketball teams continue to play pre-season games in Chester and away without the ability to practice on the court in Greenville. But the wait is almost over; the new GHS gym may come online this month.

The ladies showed up, played hard in Chester on Dec. 9 against the Princeton Eagles, and were rewarded for their efforts with a close win of 37-32.

Sophomore Ashlyn Bustamante scored 12 points, including one 3-pointer. Senior Avery Navarro and freshman Alexis Goodson both added 10 points each to the Greenville score.

Junior Rylie Botts led with 10 rebounds while Mackenzie Brown picked up total of eight and Bustamante nabbed six. Botts stole the ball from the Eagles four times, Navarro had three steals and Brown took away two.

The ladies played Princeton again Dec. 12 and won a second time, 39-17. Leading the scoring in the rematch were Greenville’s Bustamante, with 14 points, and Brown, with 12. Goodson scored 6 points.

Goodson was heavy on the rebounds with a total of 13 and Botts snapped up 10. Brown nabbed nine, sophomore Solei Pontong picked up six and Navarro and Bustamante snagged five each.