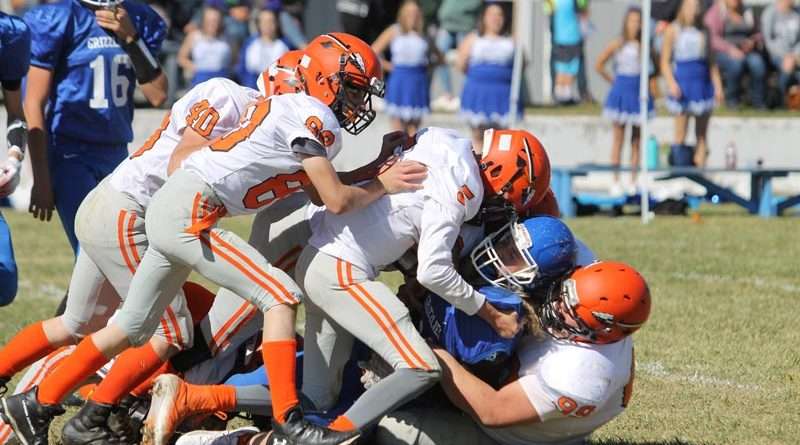 The football players of Greenville are having a mixed season providing the boys and the fans with a wide variety of experience that includes big wins, close games and a few losses.

“We do not have the roster I anticipated. But who does?” said GHS head football coach Dave Keller. “That’s the nature of high school sports.”

“We have three experienced players who are not here this year for various reasons,” said Keller. “That’s the truth of it. But has it hurt us? Given how well our students have performed through seven games, it is minimal.”

The boys brought back a pair of wins in October. The Loyalton Grizzlies lost to the Indians by a score of 34-28 and the Mercy Warriors lost 51-0, before the Indians experienced the Burney Raiders sting on Oct. 18. The traveling Burney team took a victory home with them from Greenville, 40-11.

“I focus on what we have,” said Keller. “We have experienced and intelligent athletes who are putting together terrific seasons. They deserve a lot of credit.” And so they do.

The Greenville Indian football team will play the Westwood Lumberjacks for the last GHS home game of the season Friday, Oct. 25, starting at 6 p.m.

The final conference challenge for Greenville football will be in neighboring Chester facing the, so far, undefeated Volcanoes on Friday, Nov. 1, starting at 6 p.m.