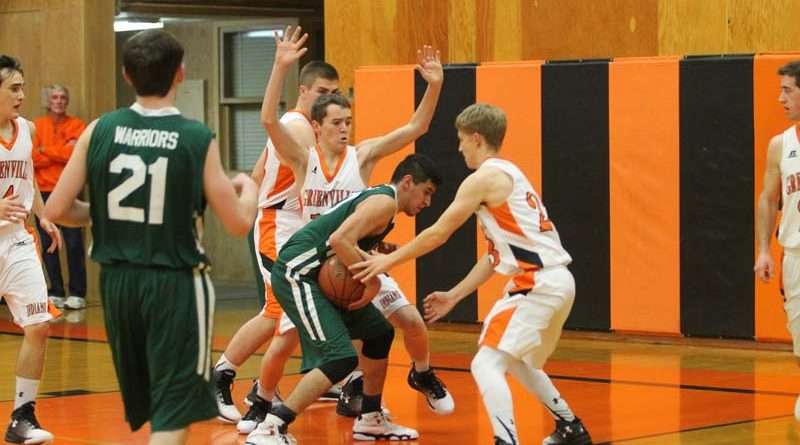 The Greenville boys’ varsity basketball team is on a roll. The Indians gave the crowd something to cheer about during their Jan. 12 home game against the Chester Volcanoes.

The Indians scored 56 points to the Volcanoes 48 in the non-league triumph.

The Indians continued their winning streak against the Downieville Warriors at the home conference game the following evening Jan. 13.

The Greenville Boys stomped the competition by 30 points with a final score of 48-18.

The Greenville’s varsity boys continued their winning streak against Paradise Adventist Academy at the Jan. 18 away non-conference game. The Indians took the victory with a final score of 50-34.

Not even the pending blizzard and power outages could slow the Greenville Indians down as they defeated their rivals, the Westwood Lumberjacks, in the Jan. 20 conference game. The game in Westwood ended with a score of 68-41.