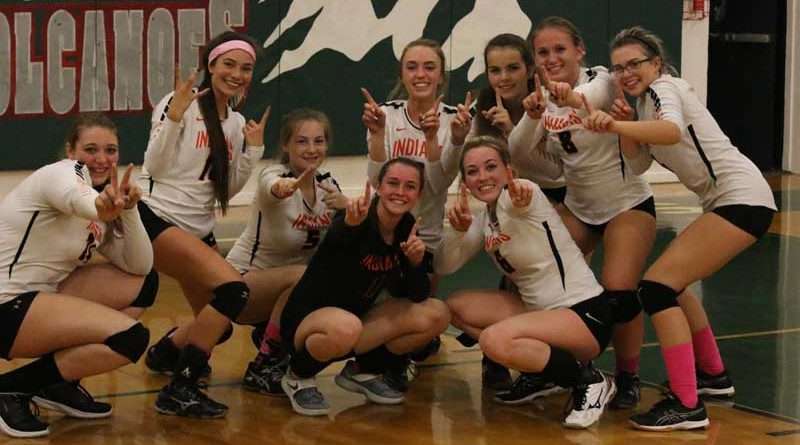 Greenville volleyball ends the league season with a big 6-0 —  undefeated. The Indians beat the Herlong Vikings 3-0 on Oct. 26 thus claiming the first place title in the Pioneer Mountain league. The Vikings put up a good fight the first two games, 25-18 and 25-18, but the Greenville Indians were fired up so hot for the third game, that about midpoint, the Vikings were ready to give up. The last set score was 25-5 sealing the match and title for GHS.

Senior Averie Navarro was on fire with nine kills. Freshman Alexis Goodson and senior Destiny Potts each had four. Junior Mackenzie Brown served up five aces and Ashlyn Bustamante delivered four. Navarro, Bustamante and Kelsey Heard had the most digs. Brown and Heard were aggressive with the most attempts handling the ball. Navarro and Bustamante led serve reception for Greenville from the Vikings.

The Indians were scheduled against the Burney Raiders in Chester yesterday, Oct. 31, in the Northern Section Volleyball playoff for division 6. Results will be included in next week’s paper.