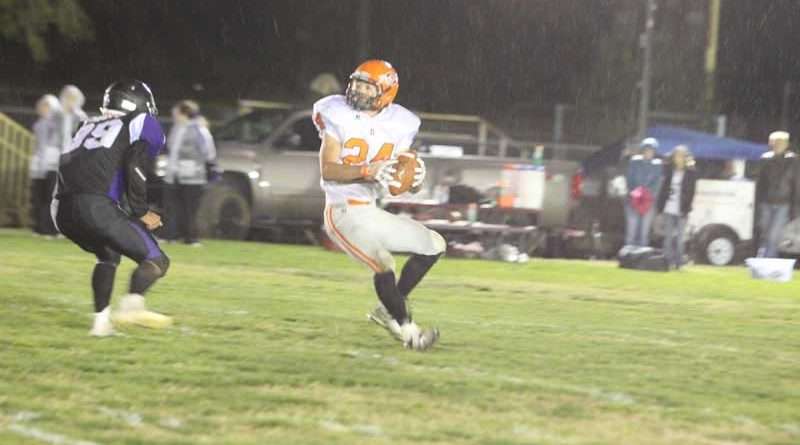 The Greenville Indians beat the Redding Lions in the first round of the Northern Section football playoffs by a close, crowd-pleasing score of 52-50 on Nov. 3 in Redding.

Senior Aaron Mecum led the Indians in receptions with two catches for 51 yards. Junior Colton Lawson also caught two passes for 47 yards. Sophomore Isaiah Hilpert carried the ball 17 times racking up 214 big Greenville yards. Add 61 yards for a punt return and Hilpert led the Indians with a total of 275 yards. Senior Alex Tassone had 13 carries for 131 yards rushing along with a 19-yard reception.

The Redding quarterbacks were plagued by the relentless Greenville Indians making three sacks, two by Savala and one by Tassone.

Junior Tristin Clark intercepted the Lions once as did Tassone and Hilpert. Clark had three completed passes for a total of 47 yards. Tassone completed one pass for 37 yards and McIntosh completed a pass for 33 yards.

It may have been cold outside, but the action on the field kept the fans warm. The Indians moved on to round two of the playoffs, facing the Princeton Eagles on Nov. 9.