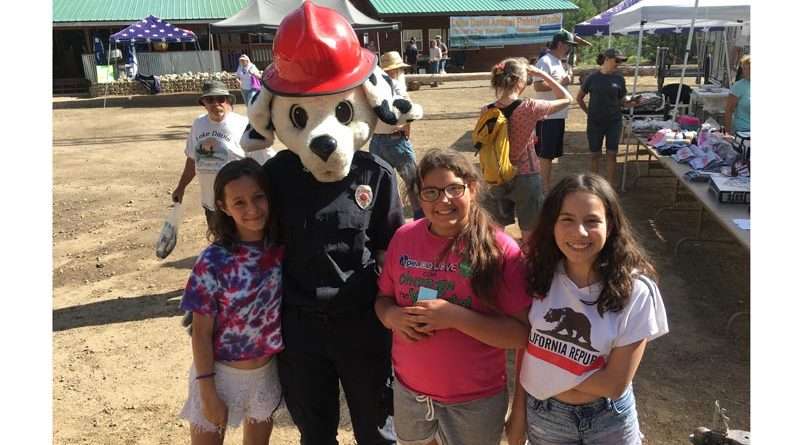 It was great Saturday at Lake Davis on June 15 during the annual Spring Derby. “We had 78 folks sign up for the derby,” said Jeanne Graham of J&J Grizzly Store. Store owners Jeanne and Jim Graham organize and host the event, which benefits the Eastern Plumas Rural Fire Department. “And Bob Frank helped a bunch,” said Jim of the EPR Fire Chief. “We couldn’t do it without him.”

There were smiles all around the weigh-in table after a terrific day on the water with plenty of sunshine and blue skies all day long. The barbeque was smoking and prizes filled a table nearby.

When scales weighed in the final entries at 5:30 p.m., Ron VanAssen of Gridley won the top prize. Ken Stoner of Castro Valley’s catch weighed in for second place and Larry Tristano of Santa Rosa placed third. In the junior’s category first place was won by Kaiden McKinney, second by Jackson Williams and third by Ryu Crank.

Perfect for Father’s Day, there was a “Dad and Me” category. First-place winners were the team of Chris and Collin Jacob. Second place was Luke and Levi Crank and third place Robert and Ella Garcia.

Savannah Williams, age 10, waited patiently by the scoreboard. Lake Davis campers Vickie Lahey and Danielle Williams helped out, updating the winners’ board as fish totals were compiled after weighing in. Savannah fished in the derby last year, too. She was still on the board when we spoke and her little brother, Jax, was in first place. Eight-year-old Jax landed a fish that weighed in at 3 lbs., 8.8 ounces. Savannah caught her 1 lb., 8.1 ounce fish slow trolling with red dot frog and copperhead. “I like fishing ‘cause it’s quiet and good dinner,” said Savannah.

Jeanne and Jim are all ready for next year, “We will definitely be doing it again,” said Jim. “Next year’s date is June 20, Father’s Day comes late,” said Jeanne. Mark your calendars.