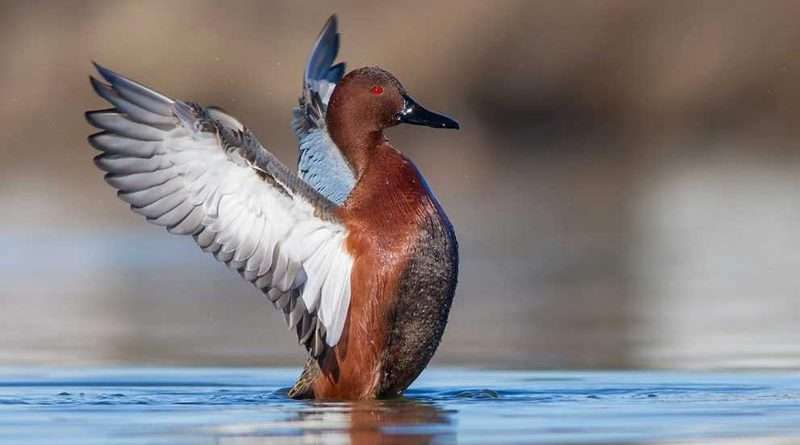 Total breeding ducks in the survey area decreased 14 percent from 2018 and are 14 percent below long-term average.

Mallards — which were the most abundant species of ducks surveyed — decreased 12 percent from 2018 and are 28 percent below the long-term average.

Gadwalls increased 8 percent from 2018 and are 29 percent above long-term average.

Cinnamon teal decreased 36 percent from 2018 and are 17 percent above long-term average.

According to Dan Skalos, a CDFW waterfowl program biologist, the decline was disappointing, given near-normal precipitation levels over the past two years. “It would have been nice to see higher numbers in the survey, but there may be some increases still ahead,” Skalos said. “The abundant rainfall we saw in May likely led to a longer nesting season and should contribute to better production going forward.”

Skalos also noted that while local waterfowl production should be better than the past few years, the decrease in wildlife-friendly agriculture (e.g. wheat and other annual crops that provide important nesting cover) in the Central Valley will limit long-term improvement of populations.

CDFW biologists and warden pilots have conducted this annual survey using fixed-wing aircraft since 1948. The population estimates are for the surveyed areas only, which include the majority of the suitable duck nesting habitat in the state. Surveyed areas include wetland and agricultural areas in northeastern California, throughout the Central Valley, the Suisun Marsh and some coastal valleys.

The 2019 California Survey was flown April 22 through 26 in the Central Valley and May 7 through 9 in northeastern California. Some of the scheduled transects in the northeastern stratum were not flown due to high winds, but the survey was 100 percent complete in the Central Valley and 95 percent complete in the northeast, for a total survey effort of 99 percent.

The full Breeding Population Survey Report can be found at wildlife.ca.gov/conservation/birds/waterfowl.