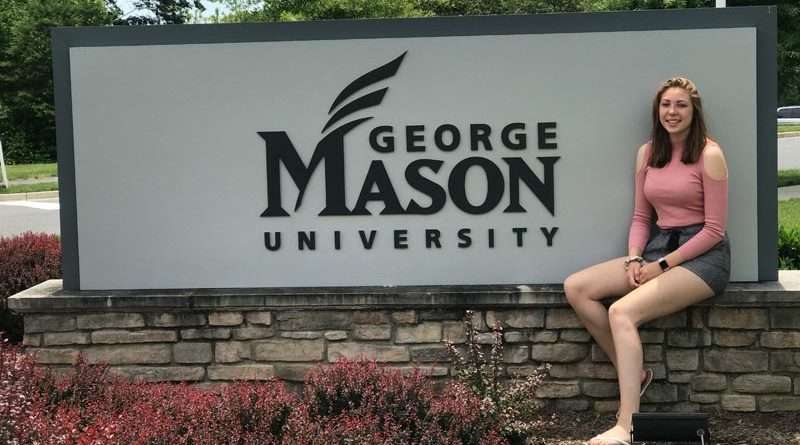 Two high school juniors have been recognized for their talent by colleges in Virginia and Northern Florida.

Sydney Gott of Quincy and Maddie Boyd of Portola drew the attention of outside universities while playing on a club volleyball team in Reno. The squad of Northern Nevada juniors is made up of girls 18 and under and is coined the “18” team.

Both Plumas County girls were approached in their first year playing on the “18” team. “It is a power travel league,” said Boyd. “Both of us play as middle blockers and middle hitters.”

The ladies have already chosen schools to attend after being offered full scholarships upon graduating as members of the class of 2019.

When asked why she chose Northern Florida, Boyd said, “It’s near the beach!” The ocean will be a change for the Portola mountain girl, but “I really clicked with the coach,” said Boyd. Having a strong interest in public health, Boyd has aspirations of becoming a nurse and is grateful for the opportunity. “I wouldn’t be where I am if not for the coaches in Reno.”

Organizers for “18” send out player highlights to universities and the schools then send back their interest. The next step was a non-official visit to N. Florida University in Jacksonville where Boyd liked what she saw and those she met.

Gott followed a similar process and responded by taking a trip to Virginia, “I’ve been given a huge opportunity and look forward to showing people what I can do,” said Gott. “I’m thankful for my parents and grandparents.” Gott plans to “follow in her dad’s footsteps” as her interests have led her toward forensic science. “I want to be in the FBI or CIA,” said Gott. Her choice for Virginia was primarily due to its close proximity to Washington, D.C. “The city has so much history. I’m excited it’s only 15 minutes away,” Gott added.

When asked if being alone and far from home was a concern, she said no. Gott traveled to Australia as a foreign exchange student when she was 15. “It was amazing! I spent three months there. The Rotarians set up the school and arranged the family and everything. It was amazing.”

Both girls will be seen on the courts playing volleyball this fall for their high school teams as well as continuing with the Reno power travel “18” leagues. “It’s really nice to already know what my plan is as I head into my senior year,” said Gott.