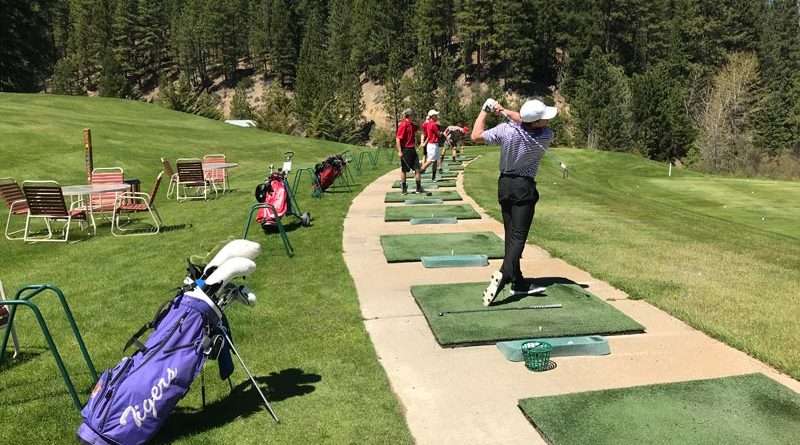 The team’s undefeated season was a qualifier for the 2019 Northern Section CIF Division III Golf Championships held at Gold Hills Country Club in Redding on May 7.

The tournament field consisted of League Champions from the Shasta Cascade, Mid Valley, Feather River and 5 Star Leagues. “The Tigers fought hard and grinded out a tough day in search of becoming one of the top two teams to qualify to the next level,” said coach Brandon Bowling. The team did not qualify to move up in the championship rounds but did end their season as the Feather River League Champions.

Even though the team didn’t qualify, Owen Bowling qualified as an individual, thanks in part to making eagle on two of the four pars 5s.

The PHS golfer finished second overall which qualified him for the Northern Section CIF Masters Championship.

Bowling competed in the tournament on May 14 at The Links At Rolling Hills in Corning. The tournament field at Rolling Hills consisted of league champions from Chico, Durham, Pleasant Valley, U Prep, and individuals from Foothill, Shasta, Modoc, Red Bluff, Mercy, West Valley and Oroville.

“The Links at Rolling Hills proved to be a good test of golf with narrow, blind fairways, native grasses lining the fairways that were 3 feet tall in many places throughout the course, and cool, overcast conditions,” said Bowling.

Young Bowling navigated his way nicely through the tough conditions grinding out a final score of 84.

The performance was plenty to earn the PHS sophomore fourth place in individual honors and qualify Bowling for a spot May 20 on the 2019 CIF NorCal Golf Championship course at El Macero Country Club in Davis.

“This was a huge honor for Owen as he is the first golfer in Feather River League history to make it to the NorCal Regional Championships. Way to go Owen!” said proud father and coach Brandon Bowling.

When asked how he felt about the season Owen said, “It was an honor playing with my fellow teammates and winning the Feather River League and exciting to represent Portola High School in the 2019 CIF/NCGA NorCal Regional Golf Championships.”

The top three teams and the top nine individuals from the El Macero challenge went on to the CIF California State Championship at Poppy Hills near Pebble Beach on May 29.

The tee shot gave Bowling some challenges all day said his Pop. Apparently the oak trees that line the fairways of El Macero make them appear smaller than they actually are.

“Chipping and pitching were the highlights of his round as he lipped out twice from off the green and flagged several other wedge approach shots,” said Papa Bowling. “In the end Owen was not in the top nine individuals to move on to the CIF State Championships, but he was grateful and appreciative for the opportunity to compete at a very high level.”

Owen said, “It was a wonderful learning experience. I had a great time and I hope I represented my teammates and my school well.” The young record-breaking Portola golfer said his many thanks, “to my Coach, Mr. Davis, my family, the PHS faculty and coaches and my classmates for all the encouragement and support. I am looking forward to working hard on my game this summer and I can’t wait for next year.”

Well Owen, we can’t either! Thanks for all your hard work and dedication. It’s going to be another great couple of years on the Plumas County greens.