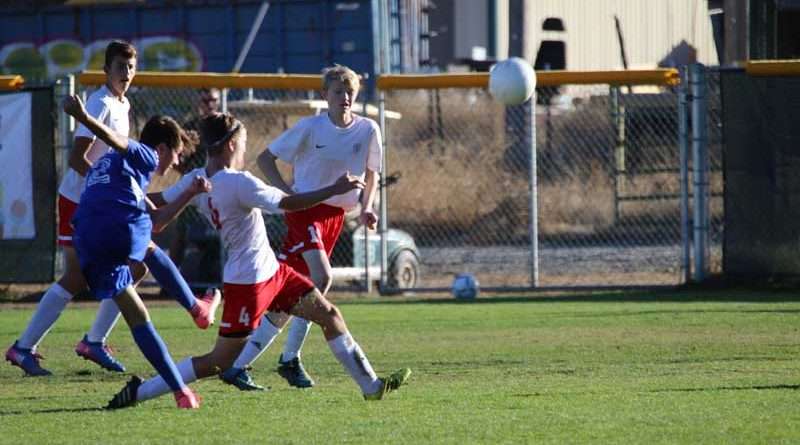 “Taking it little by little,” as head boys soccer coach Mike Woodlee said last week, must have been a good strategy as the Quincy High School Trojans continued their winning streak into the Northern Section CIF finals last week.

Their game Oct. 26 was played on the Feather River College soccer field against Mount Shasta and after a tough game, the Quincy boys won 5-2. Two goals for the Trojans were scored by Santos, two by Rubalcava-Cunan and one by sophomore Tommy Thomas.  Goal assists were provided by Santos,  Zegler, Yoacham and Rubalcava-Cunan.

The win against Shasta propelled the undefeated Division 1 Trojans on to the last match of the Northern Section Championship on Oct. 30 against the Division 2 Tulelake Honkers.

The funny mascot name is deceptive because the Honkers were not a team to mess around with. They won by scores of 6-0 against both of their finalist championship opponents leading up to the final game against Quincy.

The Tulelake team has a record of an incredible number of goal attempts per game, which increases their odds of scoring, for sure. Not to understate that point, the Honkers attempted 228 goal shots to the Trojan 34.

Quincy is better at team play, averaging 53 assists to the Honker 31, and that could have been the advantage for the undefeated Trojans.

The game outcome isn’t known at press time, so look for details of the game against the Honkers in next week’s sports section.