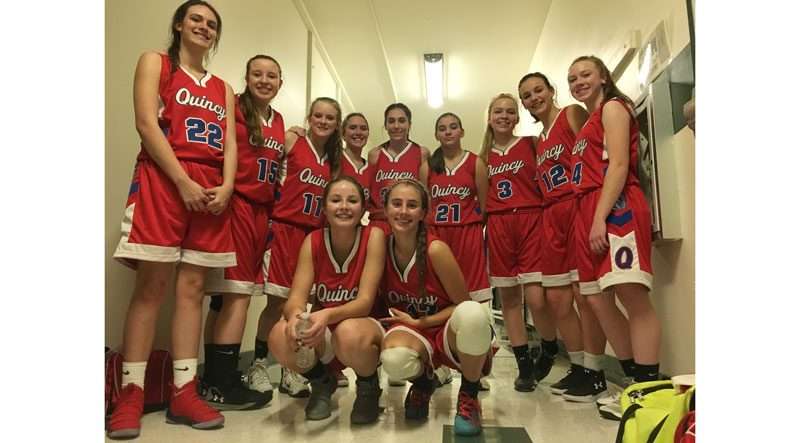 The temperature may be dropping in the Sierra, but the Quincy Trojans basketball teams are warming up on the courts.

The lady Trojans beat the Volcanoes on Jan. 5 on the Chester home court, 66-44. Top scorers for the Trojans were seniors Lydia Morgan with 18 points and Anna Hollister with 15 points. Sophomore Jaeden Stephens sunk 8 points and freshman Cora Grace Hardee and senior Ashlyn Wingfield both put in 6.

The Trojan ladies have 22 games in their schedule including eight league games. The first conference game is Friday, Jan. 12. in Quincy at 5 p.m. against the Esparto Spartans.

The Quincy boys started the New Year off right by beating the Sparks Railroaders by a tight score of 55-53 on Jan. 3.

The Trojans have won nine of the 16 pre-league games they have played. With two more non-conference games before the first of their eight league games begins, the Trojans are getting tuned up and ready to roll. The Trojans will have warmed up with 18 games before they compete in that first league contest Friday, Jan. 12, against the Esparto Spartans in Quincy at 6:30 p.m.