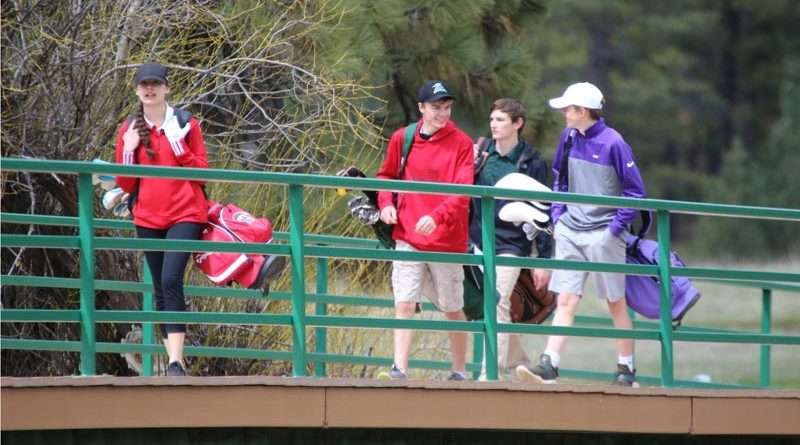 The Chester Volcanoes won the High School golf opener at Graeagle Meadows on Thursday, April 19, with a score of 446. Low score for the day went to Vol Sawyer Durkin with a low 79. “The future of golf is looking good,” said Chester High head golf coach Ronnie Theobald.

“I am really pleased with the team,” said Davis. The PHS coach hopes the team will soon attract some female golfers to join the Tigers. At Graeagle Meadows the Tiger team came in second to Chester with 501.

Downieville came in third with 621 and Quincy had the highest score with 658. “The teams all seemed to have a great time on the course,” said Davis, “which is the point.”

If you are keeping score, you may have noticed that the CHS golf team has won the league for 12 straight years and won the section championship three of those years. The 2018 Chester team lineup has 11 golfers.