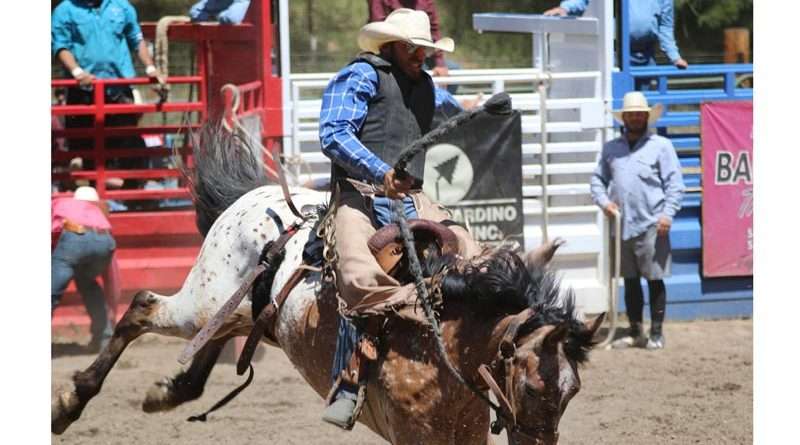 Just a stroll toward the campground from the center of town, folks were taking a dip to cool off in Indian Creek after the parade. A little further down the road, folks began to fill the stands for the 70th annual Silver Buckle Rodeo on the 4th of July in Taylorsville shortly after noon.

The pre-rodeo show featured young wranglers ages 7 and up competing in a dummy-roping event. The little ropers kept folks entertained while settling into the bleachers and kept everyone’s focus off the mid-day sun.

The tri-tip barbeque took over from there as a terrific distraction. Fully loaded hot dogs and stacks of ice-cold canned drinks came with patrons as they filled the stands. People filled the bleachers in sunshine, but were covered in shade by the time the rodeo began at 1 p.m.

The big California Cowboys Pro Rodeo Association event drew a full crowd and started with a touching recorded speech from John Wayne followed by a dramatic entrance of the flag and equally inspiring rendition of the “Star Spangled Banner.” Even the cowboys’ eyes got a little moist. The rest of us regular folk just had streaks running all down our dust-covered faces.