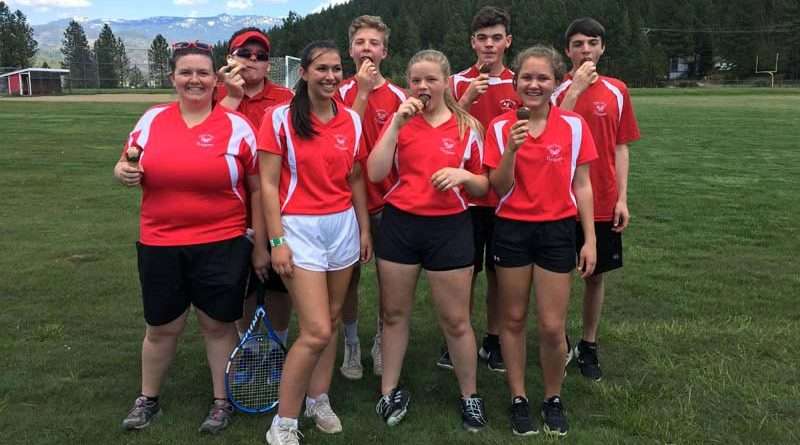 The Paradise Cougars traveled the canyon April 25 to challenge the Trojans on the QHS tennis courts. There were some delays in the canyon so there was plenty time for an ice cream treat before the match while the team waited for the Cougars to arrive.

The match started about an hour late and the sun was high in the sky by then. The Trojans had the opportunity to play in front of a pretty good-sized crowd. The bleachers were full and the weather was ideal, in the shade. Incredibly, it was very, very hot on the courts just a week after freezing temps; wasn’t that just last week?

Now that the sun is out, the games are on. Quincy traveled to Redding on April 26 to play Etna. The temperature was 87 degrees as the match began at 1 p.m.

The Trojan team was able to host another home series on the Quincy courts April 27, with the Downieville Warriors.

Today, May 1, the team travels to another warm destination, Chico, to play the Dunsmuir Warriors.

The championship games take place in Redding on Monday and Tuesday, May 6 and 7. By then the mountain Trojans of Quincy should be used to the heat of summer.