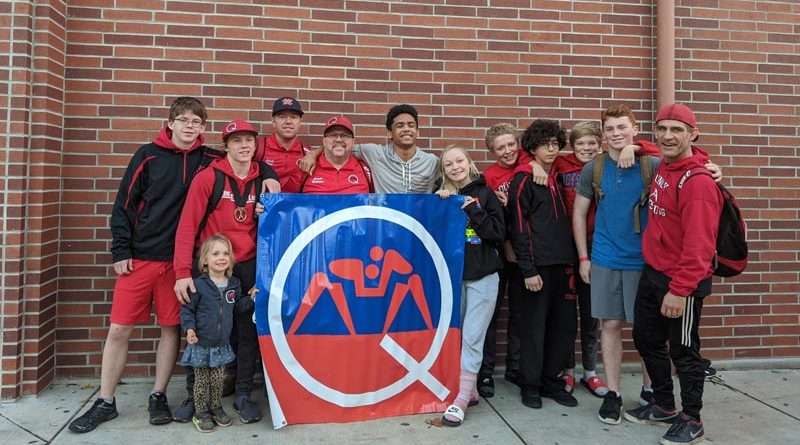 Quincy Trojans took five wrestlers to the Sierra Nevada Classic at the Livestock Event Center in Reno on Dec. 27 and 28.

“This is one of our toughest tournaments and we got a little piece of it with Russell Nickerson getting eighth place at 126 pounds,” said coach Russell Nickerson Sr. “This is the first time we have had a Quincy Wrestler on the podium at the Sierra Nevada Classic.”

The Quincy team brought seven wrestlers to the Joe Rios Memorial Wrestling Tournament on Jan. 3 and 4 at Chico High School.

“This was another tough tournament and we got another piece of this one as well with Russell Nickerson getting fourth place at 126 pounds,” coach Nickerson. “This is the first time we have been to this tournament and we had a Quincy Wrestler on the podium.”

QHS hosted the Tigers from Oroville High School for Duals on Jan. 8. It was the second time this season that Trojan wrestling fans were able to see their team in action inside Plumas County. There will be one more chance this season, beginning Tuesday, Jan. 21, at 1 p.m., at Chester High School during the Shasta Cascade League Championships.

On the road, the Trojans have more tournaments in the works. The North Coast Classic in Eureka on Saturday, Jan. 18, and the Jason White Tournament in Olivehurst on Friday, Jan. 24.