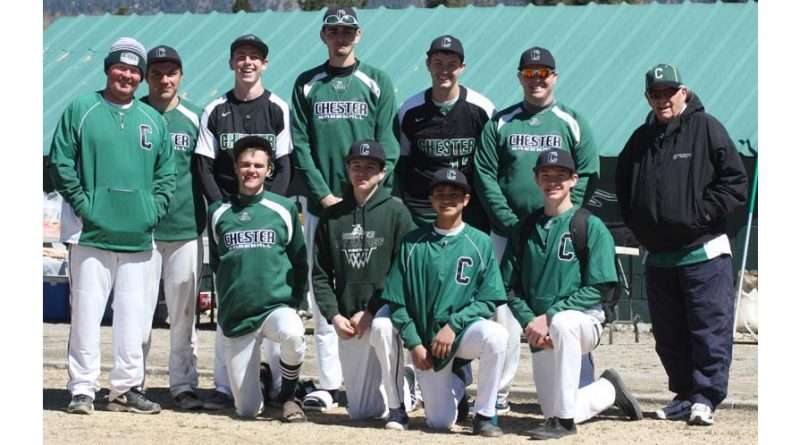 Chester High School hosted the Volcano Classic Baseball Tournament on Friday and Saturday, March 31 and April 1, under clear and sunny skies. The overall winner of the collection of games was Biggs.

Beginning at 8 a.m., in the opening game, the Greenville Indians beat Chester by a score of 8-2. Spectators were bundled in jackets and blankets to ward off the morning chill. Mud puddles were frozen over until later in the day when the Indians lost to Burney, 7-3.

On the second day of play, the Chester Volcanoes played Big Valley first thing in the morning in a very close game that looked like it would end in a 5-5 tie. The fifth inning ended at 9:29 a.m. and, with just a one-minute window, a sixth inning was begun.

The Big Valley Cardinals were able to score a run in the bottom of that inning thus ending the game as victorious red birds, 6-5.

The weather was much more friendly the second day of the Volcano Classic allowing fans to peel off layers of clothing by 9 a.m. when the sun began melting the icy ground.

Next up for Chester was a game against the Lions from Redding Christian around noon. The match ended 5-1 for the Lions who did not feel the burn.

Greenville came back to play at 4:30 p.m. against Maxwell and went home winning the last game of the tournament, 11-5.

With three games each of tournament play, the Indians and the Volcanoes are ready to go to bat. The Indians host the Portola Tigers in Greenville today, April 5, at 1 p.m. and invite Princeton to the Indian field Friday, April 7, at 2 p.m.

The Chester Volcanoes went on to play Loyalton on Monday and Burney on Tuesday this week. Continuing a busy set of play dates, the Vols are scheduled to play an away game with Los Molinos tomorrow, April 6, and finally get a short break before a challenge with Mercy on Friday, April 14.