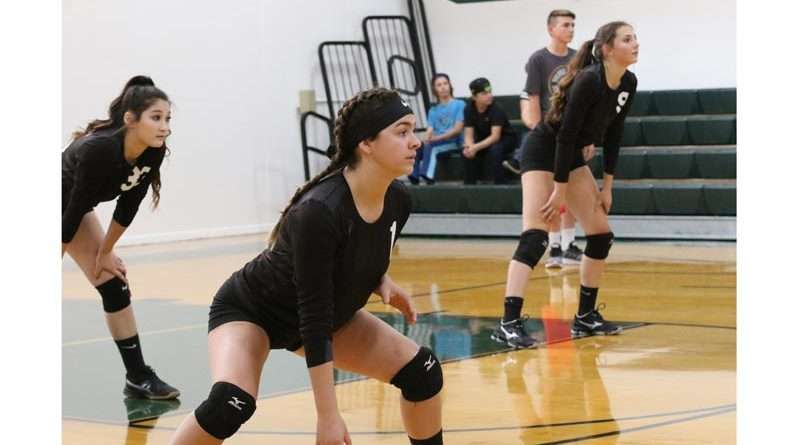 Volcanoes are ready to receive, with no. 1 Hailey Clark in the foreground.
Sports
September 29, 2018September 27, 2018 Mari Erin Roth, Sports Editor

The Chester volleyball team was victorious over its Herlong neighbors in a three-game shutout with the scores 25-17, 25-19 and, a super close 26-24.

The girls will play the Tigers in Portola tonight, Sept. 26, at 6 p.m.

October brings a host of games with the team facing opponents American Christian Academy Eagles from Redding, Bulldogs from Los Molinos, Warriors from Mercy, Redding Christian Lions, Herlong Vikings again, Burney Raiders and the last game of league play will be a rematch with the Los Molinos Bulldogs on Thursday, Oct. 18.

The Volcano girls’ volleyball team stands 8-12 overall with a 0-2 league record. With a 29-game schedule there is still plenty of time to see the Volcanoes in action.