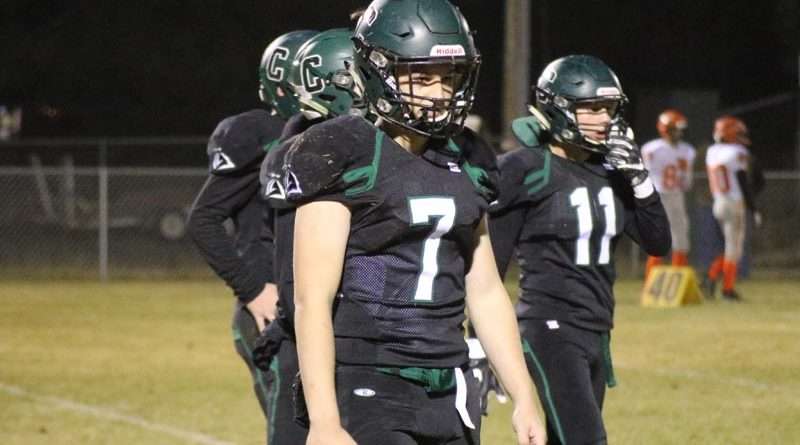 The Chester Volcanoes won the league football championship with their victory over the Greenville Indians Nov 2 and headed into the Northern Section playoffs ranked number one.

The first team to face the Volcanoes on the CHS home field was the Hayfork Timberjacks. The Chester boys beat the Timberjacks 54-12. The win moves the Volcanoes forward to round two of the Northern Section championship games. The semi final match takes place this Friday, Nov. 15, again in Chester, at 7 p.m. The Volcanoes will meet the Big Valley Cardinals. The fierce little red birds may have a tough time as they face the still undefeated Volcanoes.

The Cardinals are 8-2 overall. They beat the Princeton Eagles though by a powerful 42-0 last Friday and seem ready for the competition.

The Redding Christian Lions will be fighting the Burney Raiders on Nov. 15 in Redding for a chance to play in the final championship round Friday, Nov. 22. The Lions are 9-1 and the Raiders are 7-3.