Each month, from April through September, an Ace of Aces Qualifier is held, in which the low gross and low net winners qualify to compete in the annual Ace of Aces Playoff in late September. The play-off to determine the 2021 Ace of Aces Champions was held Sept. 30 at the Graeagle Meadows Golf Course. Congratulations to Low Gross winner Michele Violett, with a score of 84, and to Low Net winner Cindy Hannah, with a net score of 67.

In addition, the game of the day was “Toss Your Worst Hole,” in which each player subtracts her worst (highest) score hole from her gross score, and subtracts her handicap for her game score. First Place in Flight 1 was a tie between Hollly Anderson and Cheryl Brennan, both with a game score of 64. Flight 2 winners included: First Place, Dee Walker (66); Second Place, Cathe Franck (67); and, Third Place, Teresa Becker (70). The “chip-ins” galore were taken by: Cathy Churchill with two, and Cheryl Brennan, Cathe Franck, Nancy Linch and Renee Miller each with one. 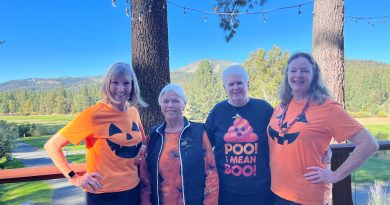 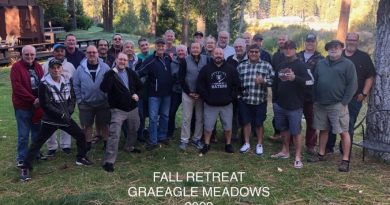